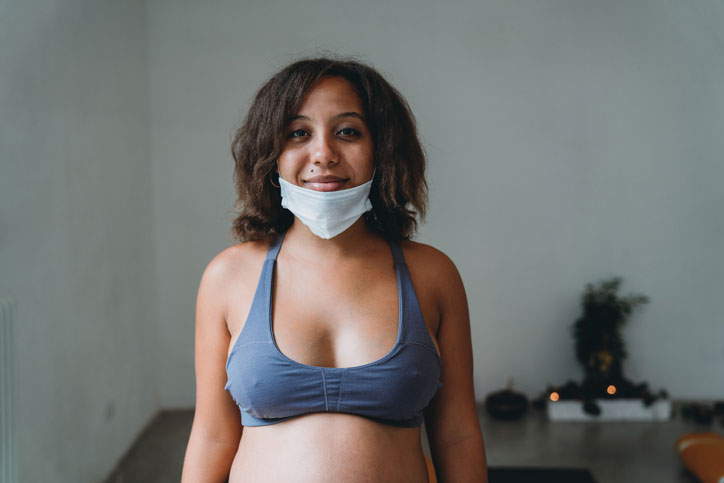 From the eradication of traditional healing traditions to the infamous Tuskegee study to the stunning contribution of Henrietta Lacks, the medical community has a long, oppressive and exploitative history toward people of color.

As Harriet A. Washington wrote in her book Medical Apartheid (2006):

“Enslavement could not have existed and certainly could not have persisted without medical science. However, physicians were also dependent upon slavery, both for economic security and for the enslaved ‘clinical material’ that fed the American medical research and medical training that bolstered physicians’ professional advancement.” (page 27)

In other words, doctors relied on Black patients to conduct risky medical experiments with zero consent or concern for their wellbeing.

Samuel A. Cartwright was one of the most famous proponents of scientific racism—the misapplication of science to create justifications for slavery. He suggested that Blacks had physical and mental defects that required whites to supervise and care for them, “alleging that the cranium of Blacks was 10 percent smaller than that of whites, preventing full development of the brain and causing a stunting of the intellect” (Medical Aparteid, page 36).

Even today, myths about people of color and pain persist. A 2016 study showed that more than half of white medical students surveyed believed one or more racist myths about Black people and pain—namely, that African Americans feel less pain, have thicker skin or have fewer or “deeper” nerve endings. These are all 100% false, and their pervasiveness leads to the undertreatment and dismissal of serious medical problems among Black patients—often resulting in death.

The deeply disturbing history and trends contribute to skepticism, distrust or outright contempt for the medical establishment among people of color, especially black and indigenous people. That mistrust is likely, unfortunately, justified. The wide disparity between COVID-19 deaths in Black and indigenous people compared to white people—in some cities, like St. Louis, Missouri, nearly 100% of COVID-19 deaths are among Black people—may imply a continuing problem in both access to healthcare and healthcare provider bias.

A 2010 study published by Amnesty International revealed some shocking disparities in maternal and fetal care in the U.S. Black women are a whopping four times more likely to die in childbirth than white women. That disparity holds true across income and education lines as well.

Even a famous, powerful sports star like Serena Williams is not safe from medical bias. She chose to share the storyof the birth of her daughter, Alexis Olympia, on Sept. 1, 2017, and the harrowing complications that followed:

The next day, while recovering in the hospital, Serena suddenly felt short of breath. Because of her history of blood clots, and because she was off her daily anticoagulant regimen due to the recent surgery, she immediately assumed she was having another pulmonary embolism. (Serena lives in fear of blood clots.) She walked out of the hospital room so her mother wouldn’t worry and told the nearest nurse, between gasps, that she needed a CT scan with contrast and IV heparin (a blood thinner) right away. The nurse thought her pain medicine might be making her confused. But Serena insisted, and soon enough a doctor was performing an ultrasound of her legs. “I was like, a Doppler? I told you, I need a CT scan and a heparin drip,” she remembers telling the team. The ultrasound revealed nothing, so they sent her for the CT, and sure enough, several small blood clots had settled in her lungs. Minutes later she was on the drip. “I was like, listen to Dr. Williams!”

While Williams’ story has a happy ending, it could easily have gone the other way, had she not pushed her medical team and advocated for herself. Many women of color feel much less empowered to ask for what they need—and the medical establishment does very little to empower them.

More than half of all maternal deaths in the U.S. are preventable, according to the Centers for Disease Control and Prevention. Despite that, CDC still puts the onus on women to prevent their own deaths, largely through healthy habits. The American College of Nurse-Midwives (ACNM) is one organization tackling this problem head-on and in no uncertain terms.

Nurse-midwives and women of color

about 70% of the women who choose a midwife are women of color. By contrast, about 90% of midwives are white.

In the ACNM’s town hall, “COVID-19 Through the Lens of Equity,” Grant stresses that simply living in a racist and patriarchal system has a negative effect on the body. She adds that white midwives must educate themselves independently and constantly on the experiences of their patients of color.

Nicolle Gonzalez, MSN, CNM, founder of the Changing Women Initiative, further stresses that changes must be not only creative but systemic and far-reaching.

“You can be innovative as much as you want, but if policy doesn’t follow and support the work, it’s not sustainable in the long term,” Gonzalez said.

Since the pandemic hit, interest in home births and midwives has surged. Many parents fear contracting COVID-19 at the hospital, and rural parents may fear going to the city to deliver. This is especially true for parents who live in extremely remote or isolated communities, often on tribal land, where they may not be allowed back home after traveling to a more populous area.

Horror stories about ill-equipped and ill-prepared hospitals may further stoke this fear.

“Birth is an intimate experience, and it’s very dynamic,” Grant said. You can’t stay 6 feet away from your laboring patient as a midwife, and the regular surgical masks initially provided by hospitals did not support that working relationship.

Another reason parents may want to stay out of the hospital is simply the horror of hearing constant code blues, trying to bring new life into the world while surrounded by death. “Patients and staff are in a perpetual state of fear and trauma,” Grant said. “It’s very stressful for birthing people, consciously and subconsciously, listening to people die all around them. Trauma processing is desperately needed living in the time of COVID. We are all traumatized.”

And patients of color find themselves “”not being heard, not being listened to, not being centered,” Drew said. “Numbers don’t lie. [When disparities approach 100%], it just defies logic that there isn’t a simple difference in the way people are cared for.”

Grant lays out key steps to begin to correct inequities in the medical establishment and childbirth care:

“It lies within us to actively challenge our belief systems, unpack them and go on a learning journey that will not only enhance us as caretakers but as human beings,” Grant said. 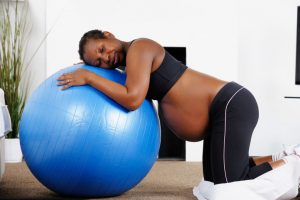 You have control over your birth experience. With the decision to deliver at home, you gain even more control, but also more responsibility. In a hospital, medical staff is 100% responsible for the health of the parent and baby. In a home birth, the family is equally responsible for care, she said.

“Lots of people think home birth is accessible for anybody, but it’s a commitment and partnership with a family,” Gonzalez said.

Most experts recommend that you should have a low-risk pregnancy if you’re planning a home birth. The American College of Obstetricians and Gynecologists (ACOG) strongly recommends against a planned home birth if:

If you’ve given birth vaginally at home before, it’s statistically safer to do it again.

According to ACOG, about 23% to 37% of first-time parents end up transferring from their home to a hospital to finish the birth. Among women who’ve had a home birth before, that number drops to just 4% to 9%. ACOG does stress that overall, birth in a medical facility is statistically safer than birth at home.

To learn more about the ACNM’s work to promote equity for women of color, see their Call To Action On Racism.